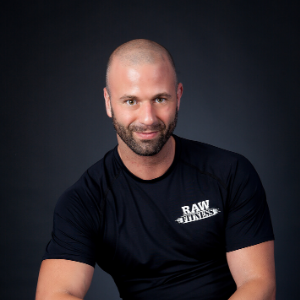 Talk in terms of achievements and ranks here, I'm just going to be in this little screen share to kind of go through this with you. Essentially, you have Point types, which are like, Hey, if you, you know, comment on a post, you get appointed for it. Right. And then, you know, achievements are basically, we think of it in 2 categories, so there are badges and there are quests. Right? So, so for a badge, think about badges like you know, this person is like an ambassador, right? They've got some type of status that exists with you. That is not progressive. Right. So status with you, that's progressive is a rank, right? Like, so you have a, a level 1, a level 2, a level 3, level 4, level 5, like there's a, the progression goes through. Those would be, we would use ranks for those. Right. So we've got ranks here, right? And then there are the particular ranks that we've got. Right now, achievements, quests, and badges. Now badges, just like some type of, you know, an achievement or, you know, you're a challenge winner, right?

Like you won the challenge. Boom. Now anytime that person posts on somewhere, it'd be really cool to be like, Hey, you know, you were 2021, you know, new year, new you challenge winner. Boom. Right. And they've got that. And anytime they comment on a post or do any activity or listen, one looks at their profile and they can easily see that they have that achievement and that's a badge. And then a quest that I'm gonna talk about is a quest is going to be more of a set of actions that you take in steps, in order to, to get that, that achievement level, whatever you would want to name it. So I'm in quests here and I'm just going to hit, add new. Right. And then for this one, we're just going to call this, we're going to call it, you know, Rainmaker, right. This is not a real name, but you're a Rainmaker. Right. That's fine. So we've got a lot of different settings here and I'm not going to kind of talk about all the little nuances of, okay.

Like, you know, you can put progress on here. If you want to show the steps completed, steps progress, you know, show you different ways that you can calculate progress and show it to everybody. Text progress bar, radial progress bar, right? So it shows you their images. There's a lot of choices we can do here for colors, I'm not really going to cover all of this that much. But I do want to point out as far as crafting the achievement, I want to talk about that. Right? So for crafting the achievements, they earn by completing steps, a minimum number of points reads, or rank admin awarded only, right. We're going to put on completed steps for this one. Cause that's the one that I feel needs the most tutorial. Right? And then as we come down, you're going to say, you can either do the steps sequentially or that they just achieve them, and they achieve them. Right. And so when I click to add a new step, this is a Rainmaker. So this is somebody that likes to bring new business into for me. Right? So if I go here and I go to send.

Right? So now it's like, they've got to invite 5 people per month for 5 months in order to achieve this quest. Right. And then, you know, as we add new steps, you can see, there is a lot of other cool, fun stuff that you can choose from in here. And I'll let you scroll through all of those. But I think as far as like friends, you know, things like that, you're getting them to comment on a certain amount of posts. You want to kind of think through getting them consistent, right. It's not about, Hey, can you go and comment on 10 people's thing right now? Because anybody can do that. Right. One time, boom. Got it. And if you want to have like an entry-level that does that, that's fine. But I think like if you really want to, and I would have liked some low hanging fruit like that, but I think if you really want to create an awesome engaging culture is think through, what's something that can be done over 90 days, right.

Where it's like, okay, we've got to get this many of this particular thing per month for 3 months in a row. Now that person making like a true habit of engaging in your site right, now we have all of the achievement listings and the point types and all that stuff, it's all on the website worksheet. So I'm not going to go into all of those in this particular video, but I want you to understand that that's kind of what a quest would be. And then, you know, you have different options here. You can set the quest image, right? So for the particular, for the particular achievement, they would get, right. And then, you know, there are settings here where, for your badges, one where it's more of like, you can just admin award stuff. If you need to, for stuff like, Hey, you're a founding member, right. Or something like that. Do you know? So hopefully that brings a little clarity to this process. I would encourage you to look through all the steps. There's no point in me literally scrolling through all of them in a video. But you know, if you have access to your site for the website worksheet, you can go and you can look through all of those and have a good time, be creative, have lots of fun and find lots of ways of changing people's lives using your ranks, and your achievement.

Please confirm you want to block this member.

You will no longer be able to:

Please note: This action will also remove this member from your connections and send a report to the site admin. Please allow a few minutes for this process to complete.

You have already reported this
Clear Clear All